Essential Supplements You Need While On The Keto Diet

The ketogenic diet is a great way to lose weight and burn fat fast, while still enjoying many of your favorite foods. However, one thing you need to be careful of is the “keto flu”, which often happens when you aren’t getting enough electrolytes and focusing on the right vitamins and minerals.

Here are some essential supplements and electrolytes you need to have while doing keto. 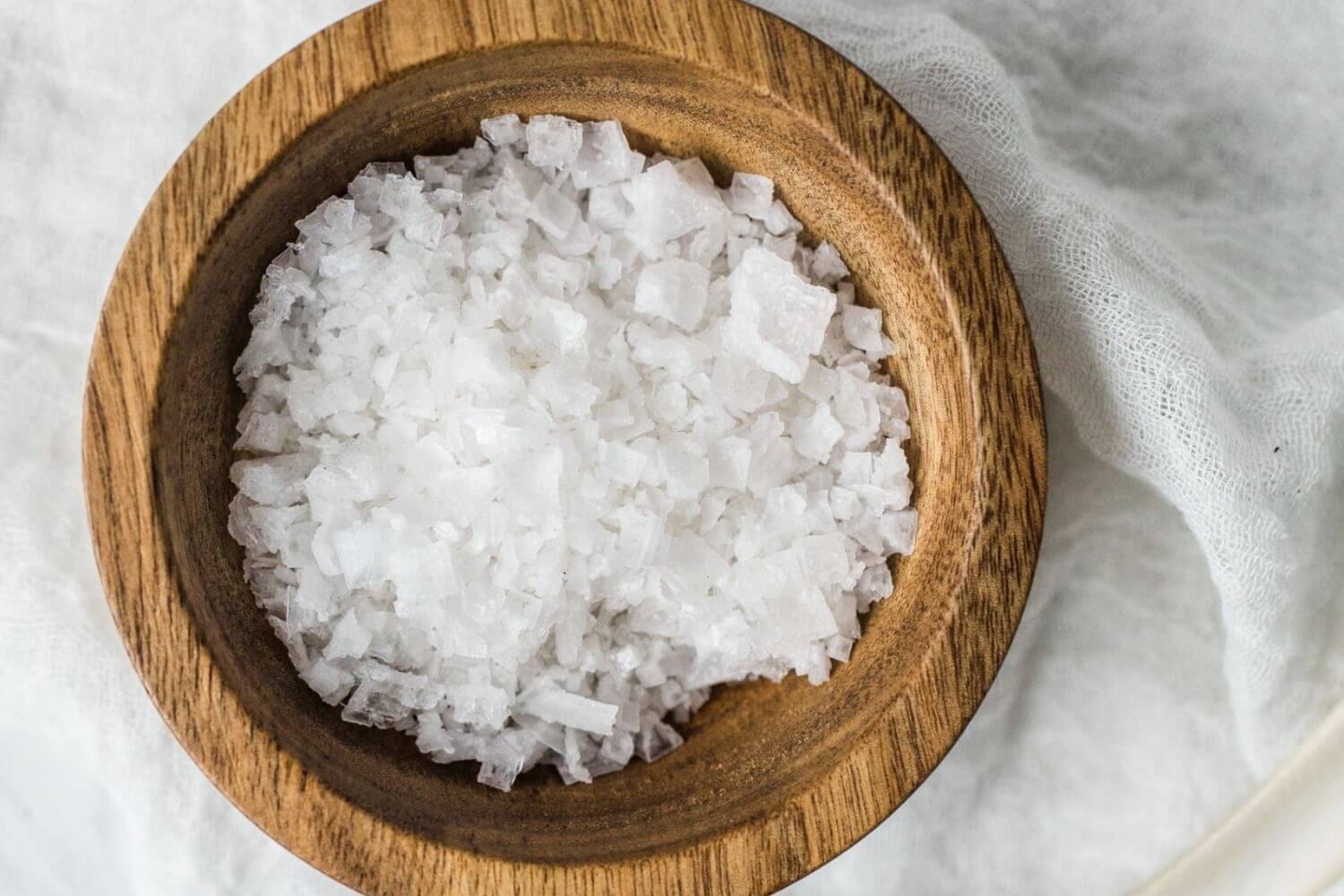 It’s incredibly likely that you’ve heard some pretty random things about electrolytes over the years. It seems like there some confusion as to exactly what they are, and how they work inside your body. Some people seem to think they have something to do with not wanting to be thirsty anymore, and that’s basically all people have heard for 25 years, but Electrolytes are actually one of the most important parts of the human body.

These little fragments of proteins and other conductors have attributes that make your body more conductive so that it gets signals out to your extremities a lot faster. If you were to go without ingesting anything that you can use to keep your electrolytes up, you would eventually die.

This would be partially because your brain needs to be able to communicate with your body so that it can do what you need to do. When you’re seriously dehydrated you can tell that your mind and body aren’t really super focused. You might feel as though you’re in a daze.

Sodium on keto – Electrolytes like sodium, magnesium, and potassium are crucial to overall health, but on keto, you lose many electrolytes naturally. You really to need to focus on getting enough of them, starting with sodium.

How You Can Get Sodium

It’s really important to note that when you do the keto diet, it changes the way your body processes things. When you’re on ketosis, your body want to get rid of anything and everything that is considered to be a potential poison in your body. Generally, your body will use all it can to speed up the flushing of your organs. This begin in the kidneys
where excess water from your body is pushed through.

When the water passed through your system, your body also loses a large portion of the salt that you need to help keep things communicating. Sodium and potassium are among the most import of these electrolytes, so when they get slightly low, your body will begin to manifest illness to let you know that you need to beef up on some nutrients.
The resulting fatigue and sickness has come to be called the “keto flu” by many of the people who have experienced it.

To get sodium into your diet while on keto, try adding more salt to your foods, drink a little pickle juice, and have some broth. 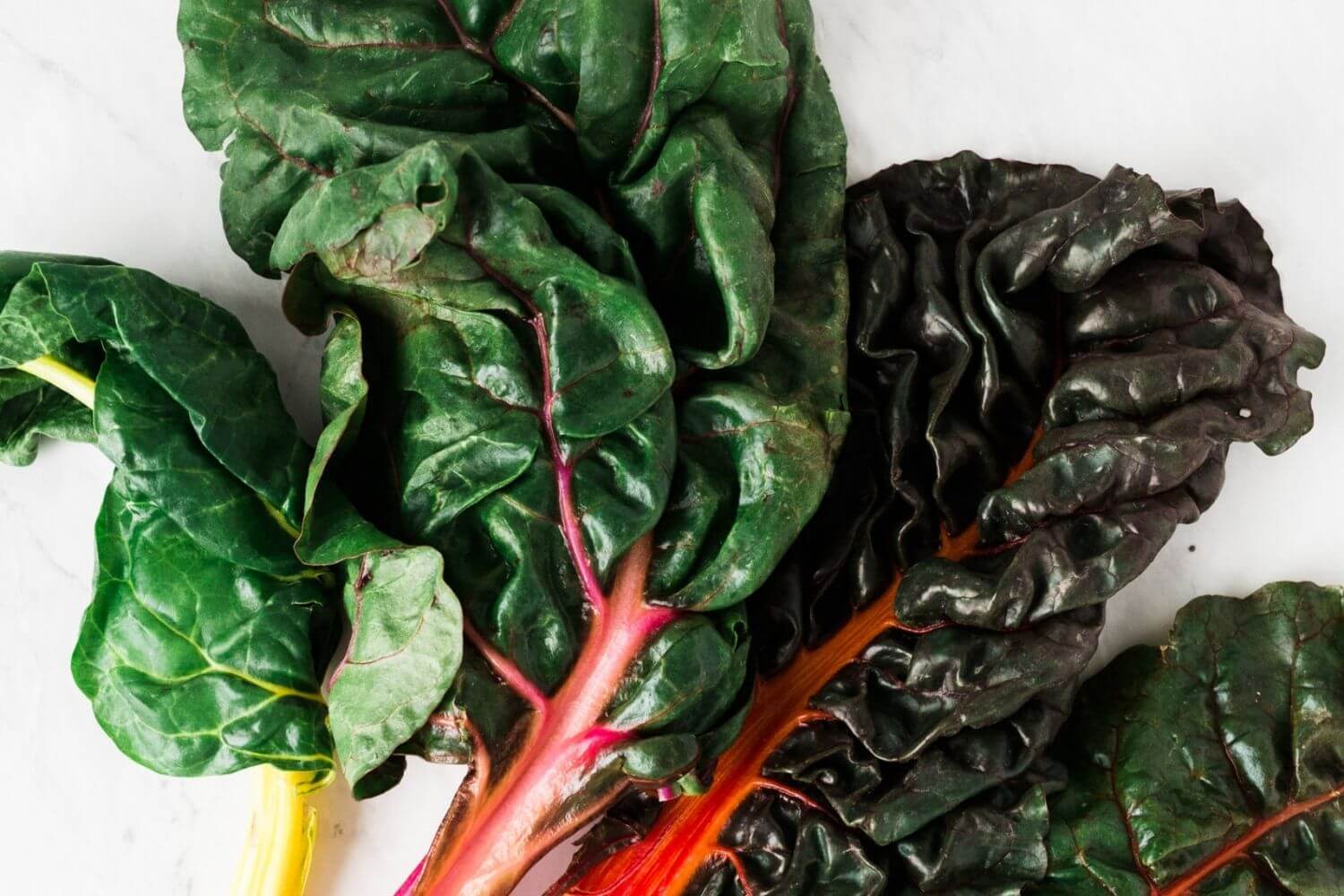 The mineral magnesium seems to always be the one nutrient that people forget they need the most. Magnesium is a mineral that doesn’t come up very often, but when it’s in dire need the negative effects are something to be dealt with in a caring fashion. The main reason why is because it plays a massive role in making sure that you heart is
beating properly and that you keep breathing.

Magnesium is needed for many reasons, from improving your bone health, to reducing anxiety. It is also one of the essential electrolytes you need to focus on when you are following the keto diet.

How You Get Magnesium

The lucky thing about magnesium is that it’s contained in quite a few of the keto friendly foods. It’s always better to try to get the nutrients that you need from the food that you eat, but sometimes that just simply isn’t practical. A lot of fruits and vegetables have it, and you can find it in things like pumpkin seeds, almonds, avocados, green leafed
veggies and so on, but you might be so low that it’s hard to get going on your adventures.

Remember you can always take a magnesium supplement if you don’t get enough of this electrolyte through your food, which is recommended for better sleep on keto. 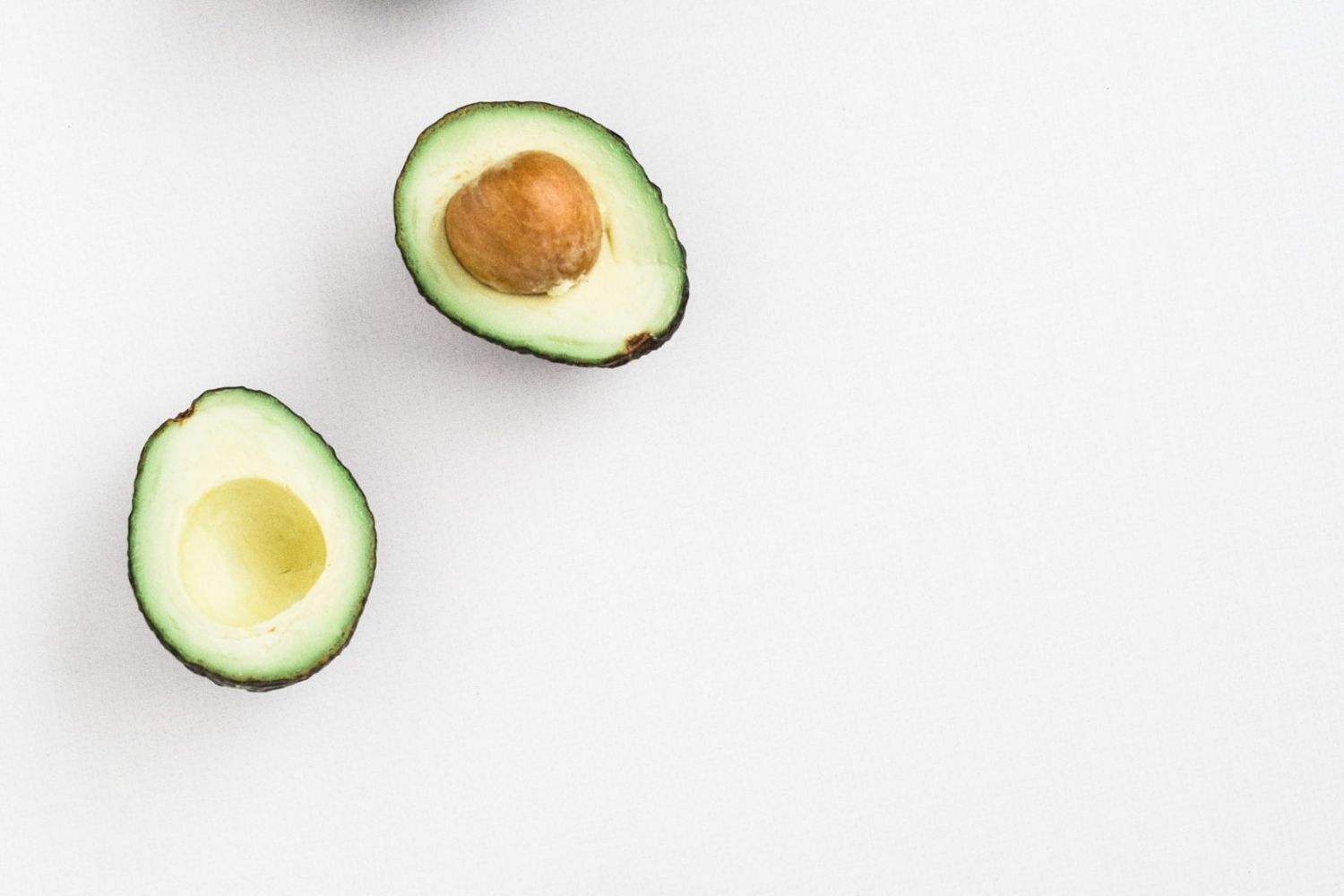 This mineral is one of the other very important minerals because it helps to regulate your blood pressure and heartbeat. There could be nothing more disastrous than being so vitamin deficient that your heart begins to have serious issues. It’s important to make sure that you have potassium in your diet so that your heat can stay healthy as long as possible, and you never want to get into the habit of pushing yourself super hard without having any kind of attention on nutritional.

One of the major distinctions between potassium in nature and potassium on the shelf is that doctors really don’t recommend any use of pills in this case. It’s said that potassium has a tendency to be highly toxic when its molecules are messed with in some way.

How to Get Potassium

Due to the issues surrounding the toxicity levels of potassium, doctors are telling people that they need to find ways to get it from the food that they eat. Potassium can be found in avocado, nuts, salmon, and mushrooms. 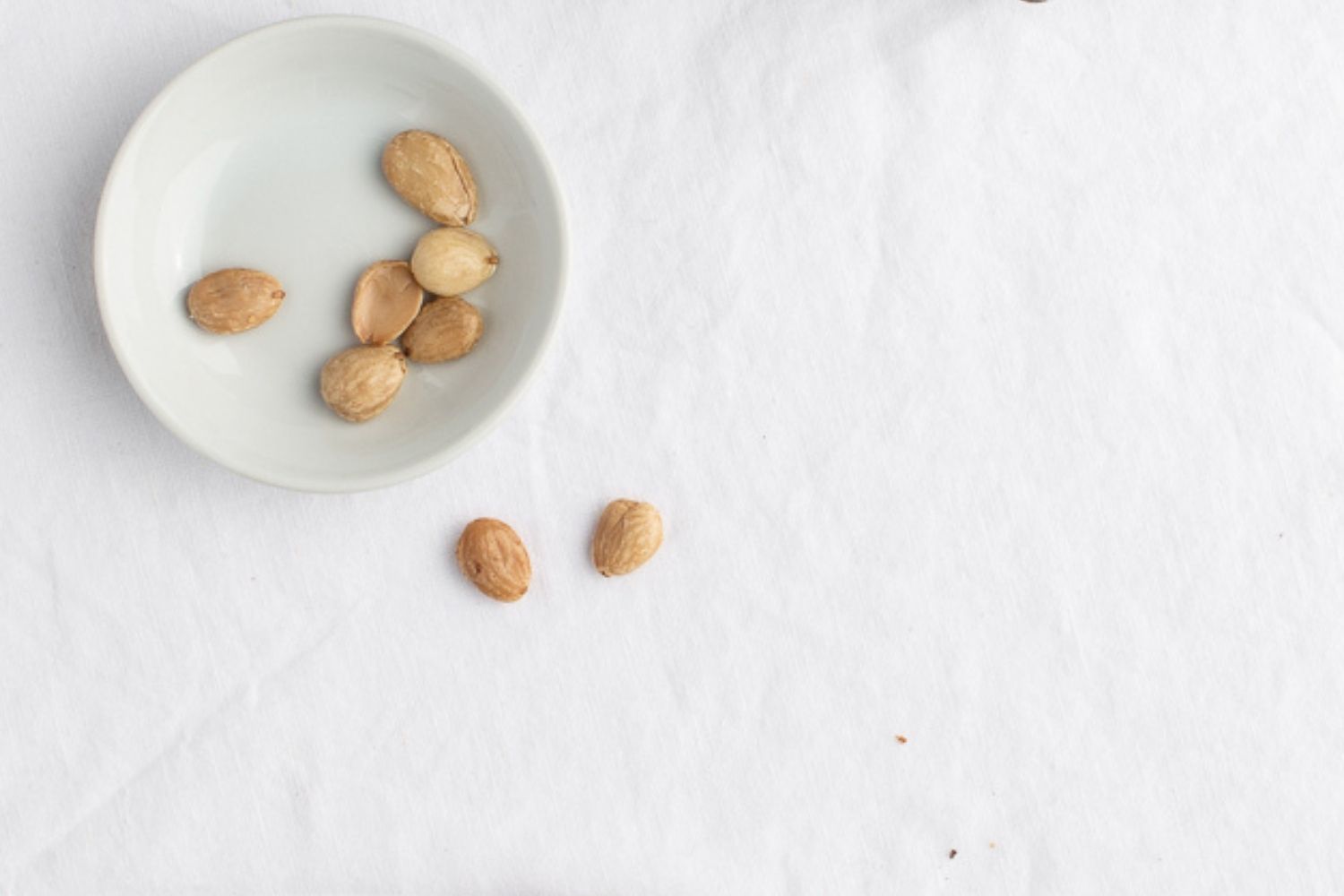 Did you know that vitamin D has attributes that make it seem like it’s both a nutrient as well as a hormone? Vitamin D is an essential nutrient that everyone needs, but many people are deficient in. It doesn’t just come in your food, but you can also get it from the sun’s UV rays. However, if you don’t spend a lot of time outdoors or live in a colder
climate, then you might be deficient in this important nutrient.

With keto, the change in foods might mean you are missing out on as much vitamin D as you used to get from your food, which means focusing on proper nutrition, and possibly taking a supplement if you still need it.

How You Can Get It More Vitamin D

If you’ve never really thought about it, it might seem really strange that you can get a nice amount of vitamin D from mushrooms. The small sophisticated fungi serve a multitude of purposes, and can help you to get your health and emotions back on track.

If you don’t get vitamin D from some kind of food that’s easy to find, they you may still have to try to find some quality vitamin D supplements. Most doctors seem to recommend taking at least 400 mg of D a day to keep your mind, and chemical systems running smoothly. 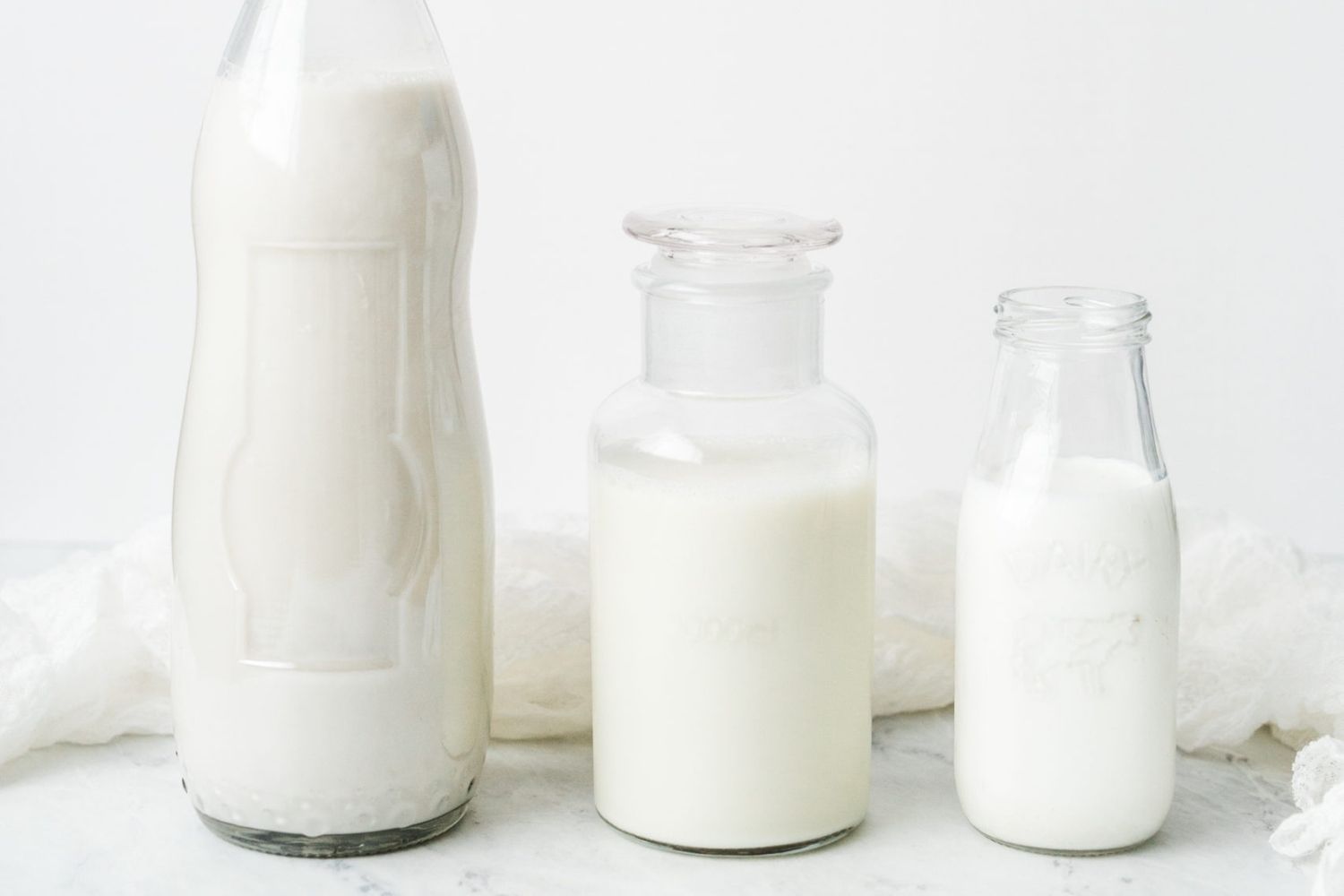 Back in the 90’s a lot of people thought of milk as the juice of life. There were always commercials proclaiming their marvelous magic rewards of milk, but new light has been shown on things, and nutrition is never as easy as they make it sound unless they’re trying to tell you about something.

Calcium is in a lot of the foods that are also keto friendly. If someone were to ask you what calcium was for, you’d probably answer without thinking and say “strong bones,” but scientists have once again discovered something that doesn’t really make intuitive sense.

How to Get More Calcium

Not only does calcium help you to keep your bones solid, it also helps make sure that your brain is communicating at the best level possible. It should be noted that you’ll probably still have to supplement your foods until you’ve completely gotten the hang of preparing a few different meals in a day. While on the keto diet, you can get calcium in
foods like leafy greens, broccoli, oily fish, and almond milk. 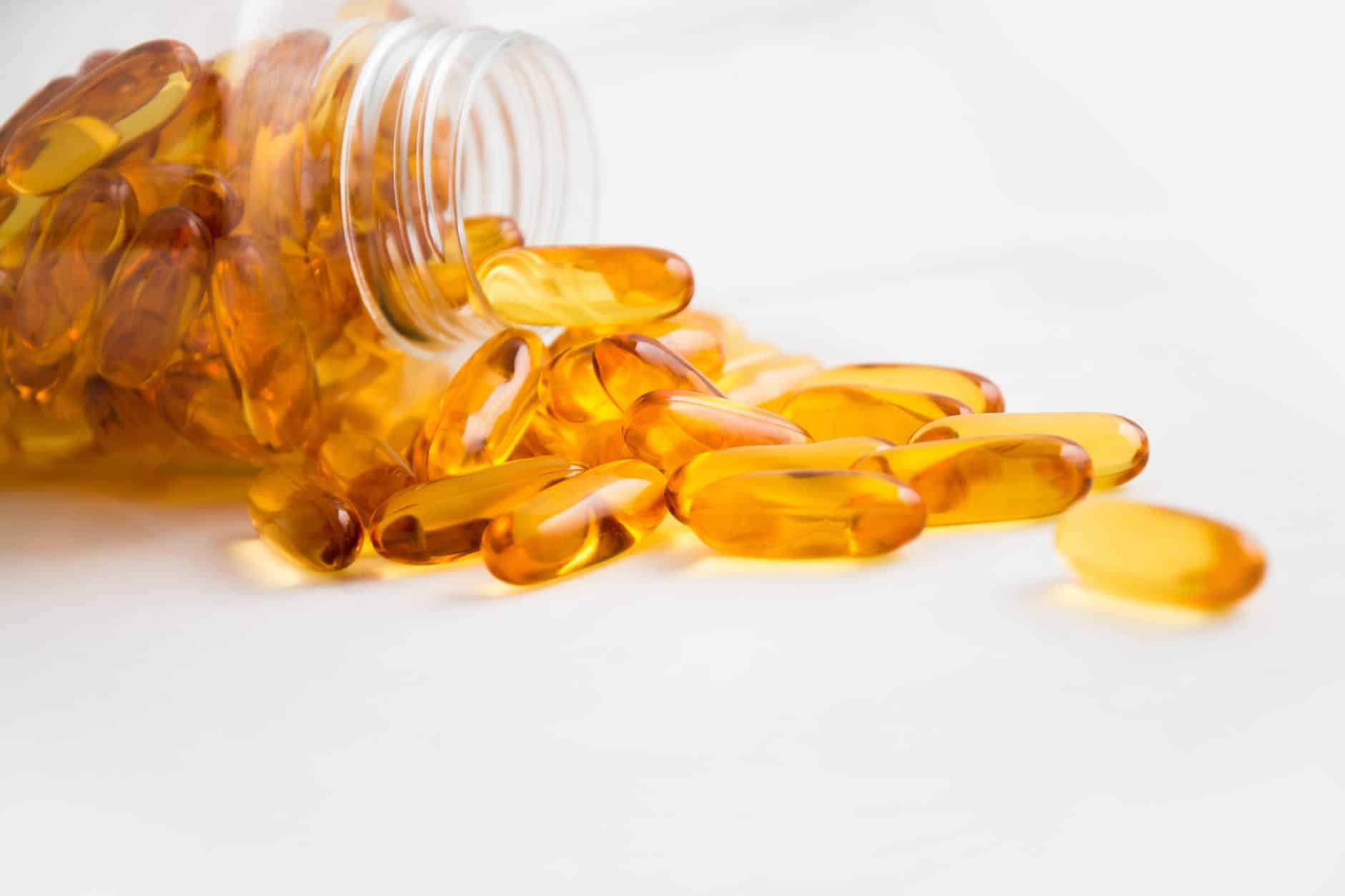 Fish oil is a type of oil that is made from the fats of fish. This oil has attributes that make it great for medicine. Fish oil is highly antioxidant, so it can help relieve inflammation at the source. Fish is primarily made of omega 3 fatty acids, which means that it is antioxidant, and will help preserve the functionality of your brain.

When people are used to eating western diets, they tend to end up eating more omega 6 fatty acids than omega 3’s. That can put your body out of balance, so it’s important to take some time to make sure that you are getting a balanced amount of omega fatty acids. Recent studies have been able to predict that ingesting the omega 3’s will help
your body to decrease the amount of triglycerides in your blood. This is a really good thing because high triglycerides levels are a sign of pending heart disease.

How to Get It Fish Oil And Omegas

If you don’t get enough fish oil from foods like tuna and salmon, you can get a supplement easily at your local drug store. Doctors have recommended the high dose of 3000mg+ of fish oil to help limit the amount of damage that is done to your system from simply living life on a daily basis. Just be sure that you do your due diligence and be sure that the fish oil you bought is in fact what it says on the label. 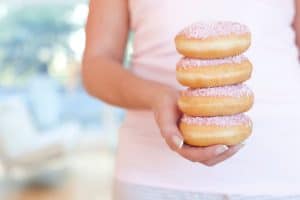 Emotional Eating: Why It Happens and How to Stop It 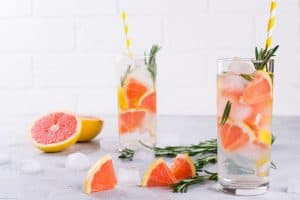 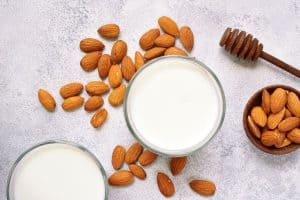 How to Be Dairy-Free While on Keto

Kali Zone is part of the Brisland Ventures family.

This website uses cookies to improve your experience while you navigate through the website. Out of these, the cookies that are categorized as necessary are stored on your browser as they are essential for the working of basic functionalities of the website. We also use third-party cookies that help us analyze and understand how you use this website. These cookies will be stored in your browser only with your consent. You also have the option to opt-out of these cookies. But opting out of some of these cookies may affect your browsing experience.
Necessary Always Enabled
Necessary cookies are absolutely essential for the website to function properly. This category only includes cookies that ensures basic functionalities and security features of the website. These cookies do not store any personal information.
Non-necessary
Any cookies that may not be particularly necessary for the website to function and is used specifically to collect user personal data via analytics, ads, other embedded contents are termed as non-necessary cookies. It is mandatory to procure user consent prior to running these cookies on your website.
SAVE & ACCEPT
Receive the latest news

Get notified about new posts